Spent four seasons writing, editing, and running major events for the CFL, telling the league’s stories. I created a new and improved media contact list and drafted advisories, announcements, talking points, and game notes. I helped launch our policy on violence against women, as well as our new press site. I ran the Shaw Top Performers program and was all-hands-on-deck for media and event management for the 103rd, 104th, 105th and 106th Grey Cups. I began tracking and answering all fan communication and external inquiries, and was part of the crisis communications squad – never a dull moment!

Helped found the Canadian national organizing body for quidditch (yes, you read that correctly). I managed all communications, marketing, social media, and PR for the league. I also coordinated marketing for Team Canada for the 2014 Global Games, and created communications strategies for two competitive teams prior to the formation of the league. Casually starting national sport organizations, as one does. 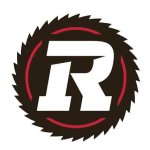 Part of the REDBLACKS social team for the opening season: taking photographs, getting quotes from fans, tweeting, and engaging fans at all Ottawa REDBLACKS home games. I worked with the social team to build a brand and create an amazing game day experience as the CFL returned to the nation’s capital.

Managed all communications and social media, including website maintenance and weekly statistical reports. I also solicited and edited posts for a blog series on job creation in developing countries and served as a media liaison. Wrote, edited, and proofread news releases, reports, proposals, articles, and blog posts.

I helped to start and staff an independent international scores tracking and communications project that has since scaled successfully and been incorporated into the marketing departments of the IQA, U.S. Quidditch, and Quidditch Canada. We designed a twitter-based tool and online communications chain to collect, verify, and broadcast results from official games and tournaments in real time. I also helped draft a style guide to ensure clarity and consistency in scores reporting – it still serves as the sport’s standard.

As part of a team, I devised and implemented ideas to improve inclusivity and diversity within the league, including developing materials to train and test all referees and referee candidates in gender sensitivity and creating safe and fair spaces in sports. Edited articles, blog posts, training materials, and all league publications.

The Scottish and Irish Store

Managed all web content, including an online store with over 600 products; I also launched a multi-platform social media campaign to connect Celtic diaspora in Ottawa to their history and culture. I designed and implemented a Microsoft Excel document to log and track best before dates to ensure more efficient product management, and offered consistently friendly and professional customer service. I can fit you for a kilt like nobody’s business.

I was just trying to have fun on Sundays, but I accidentally-on-purpose founded an internationally competitive sports team and healthy active living group of over 60 people at the University of Ottawa and managed the team’s travel and participation and regional, national, and international tournaments, including the 5th, 6th, and 7th annual Quidditch World Cups. I developed and implemented a strong brand and successful communications and networking strategy to boost team expansion. In 2013 I also organized the first-ever Canadian Fantasy Tournament with over 100 athletes from all over North America (I supervised gameplay, marketing, logistics, the draft, executive staff, and event volunteers). 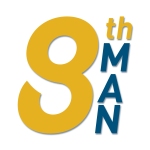 Managed a team of 9 writers and analysts, editing and reviewing blog posts on strategy, community, tournament recaps and previews, and teams analysis.

Coordinated and administered 43 workshops on international development and global citizenship for 966 Ottawa-area youth and trained a team of volunteers to facilitate our youth engagement program. I led a session on effective communication and teamwork at the 2012 Engineers Without Borders national conference, the largest international development conference in Canada, and was a presenter at the 2009 and 2010 Day of Engagement For A Lifetime of Action conferences. As chapter president I coordinated uOttawa’s branch of a successful advocacy push to sign Canada to the International Aid Transparency Initiative and a successful campaign to certify the University of Ottawa as a Transfair Canada Fair Trade Campus.