We did it! Myself and the Quidditch Canada Events Director Megan Stacey just finished unloading the car from the Eastern Regional Championship in Kingston this past weekend. The event was a huge success – finished early(!), no major injuries, and everyone seems to have had an amazing time.

Our work isn’t quite over – there’s feedback to gather, follow-up media, photos to sort through, and of course a few bruises and scrapes to ice. 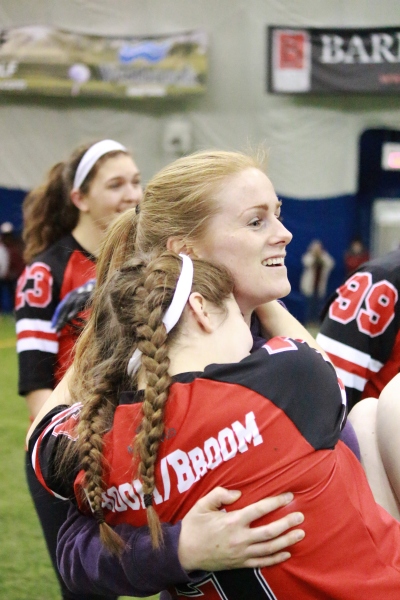 I livetweeted the finals match between McGill and Carleton, and man – livetweeting never gets old, especially in a sport as fast-paced as quidditch. Goals were happening faster than my fingers could move, but I’m glad that people who weren’t there were able to follow along and experience even a little of the excitement of the final match.

I Storify’d my livetweeting of the finals match, and definitely had fun with it.

Onyx passes to a teammate over his head while down on his back. No style points for the resulting goal. 160-50 for McGill. #ERC2015

McGill emerged victorious, and will have a chance to defend their title at Nationals in Burnaby on March 27th-28th. I know I can’t wait to livetweet that game, and many more in between.